Our New York office turned one in October, and has had an incredible first year. Since moving into Templafy’s Fifth Avenue HQ, we’ve increased our headcount to over thirty five employees, outgrown our office twice, onboarded some of the world’s biggest brands and delivered way beyond our original sales targets.

We wouldn’t be where we are today without the talented people in the office. Coming from hugely varied career backgrounds and joining us from all across the country, the people at Templafy’s US HQ are the driving force behind the speed we’re scaling at and integral in shaping our unique internal culture.

So what attracted our new hires to be part of our stateside success story? Martin, Bridget and Ryan, three of our New York colleagues, talk about why they chose to join us in our mission to solve document anarchy and what it’s like to be part of the team. 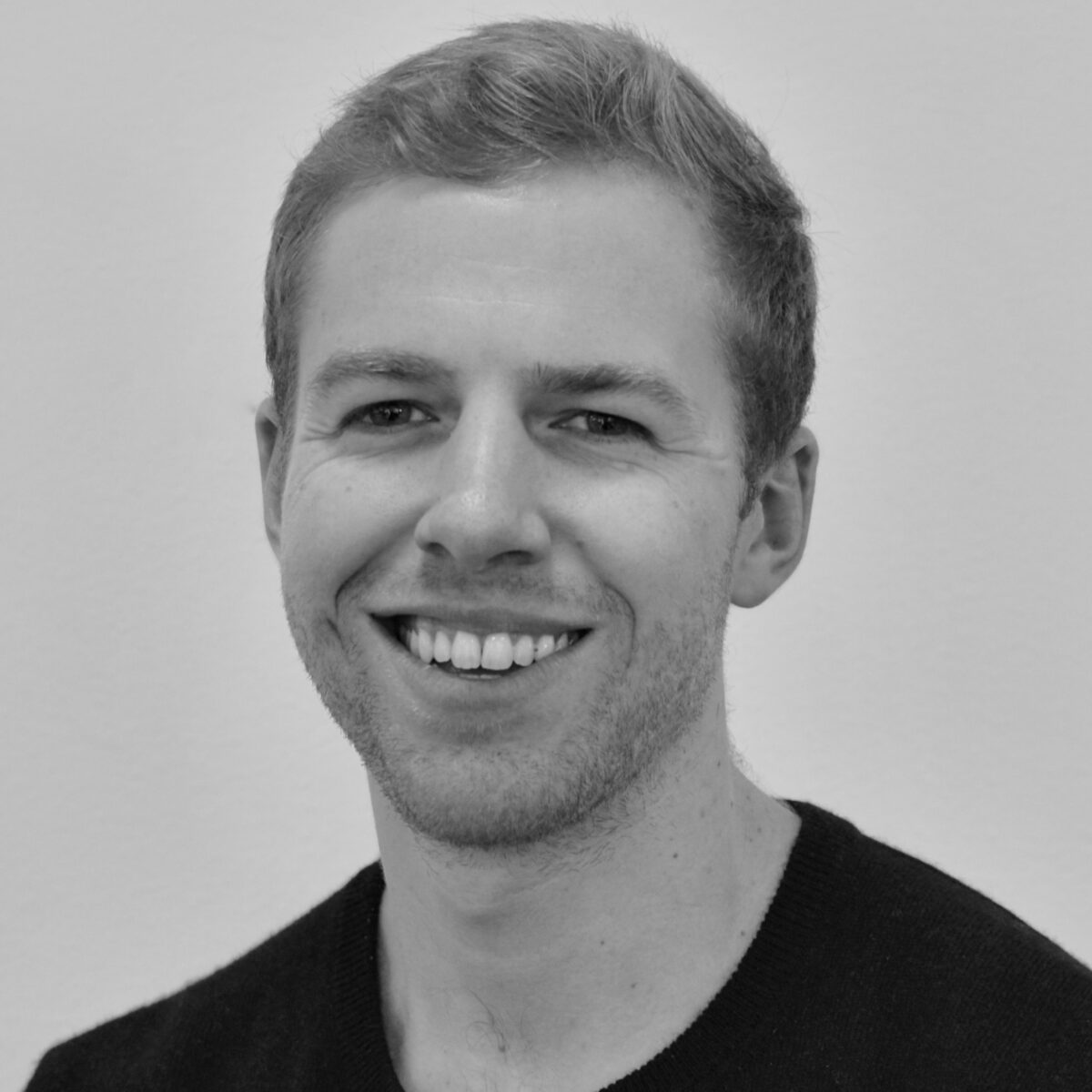 Recently celebrating his promotion to Enterprise Sales Manager, Martin Binau has been with Templafy NYC throughout the first year. Before joining, Martin cut his teeth at PwC, then went on to gain indispensable SaaS experience at Dropbox and a series of software startups.

“One of the first things that drew me to Templafy was the opportunity to work with Managing Director, Emil Dyrvig. We’d previously worked together at Dropbox and hearing how enthusiastic he was about Templafy sparked my initial interest. Any job is better when you’re working with people that you like, respect and even aspire to be like and Emil fits all those categories, so working together again was an exciting prospect.

Then from a tech perspective, it was a pretty easy decision. The product is incredible. People have visceral reactions to it when they get it. So, while figuring out the best way to position our solution to varying large enterprises is no easy task, it’s made a lot easier when you know that people will identify and connect with the product. Plus, from my experience in the sector, I could recognize Templay’s potential. Microsoft has over a billion users worldwide and we’re leveraging that presence. The opportunity to be aligned with a product that would clearly see fast growth globally was extremely attractive to me.

I was also really excited about the opportunity to basically build an office from scratch here in New York. Having worked for different sized businesses, from small startups to a unicorn tech firm, I’d learnt that I liked being part of smaller company that’s scaling fast. You never feel like you’re on the sidelines and it’s fun to work in an environment where growth is needed and expectations are high, but you have a team around you that provide each other with constant motivation and energy. One of my old sales leaders used to say that the number of laughs per hour you have at the sales desk indicates morale – and we laugh a lot at Templafy. So while there’s so much to do, and frankly I’m working harder than I ever have, the team make it so enjoyable and I’m enjoying myself more than I ever have.

Thanks to Templafy’s flat structure, something I’ve found particularly beneficial is that everyone has the chance to pick out the work they find the most interesting and double down on that. For me, I was able to identify an opportunity to apply my experience in SaaS and large enterprises and help coach other members of the team to create a more streamlined sales process. That meant I was able to take what I enjoyed doing and formalize it into a more senior role. It’s kind of a dream scenario when you’re able to align your personal career goals to a role you’re getting paid to do and have fun at the same time.” 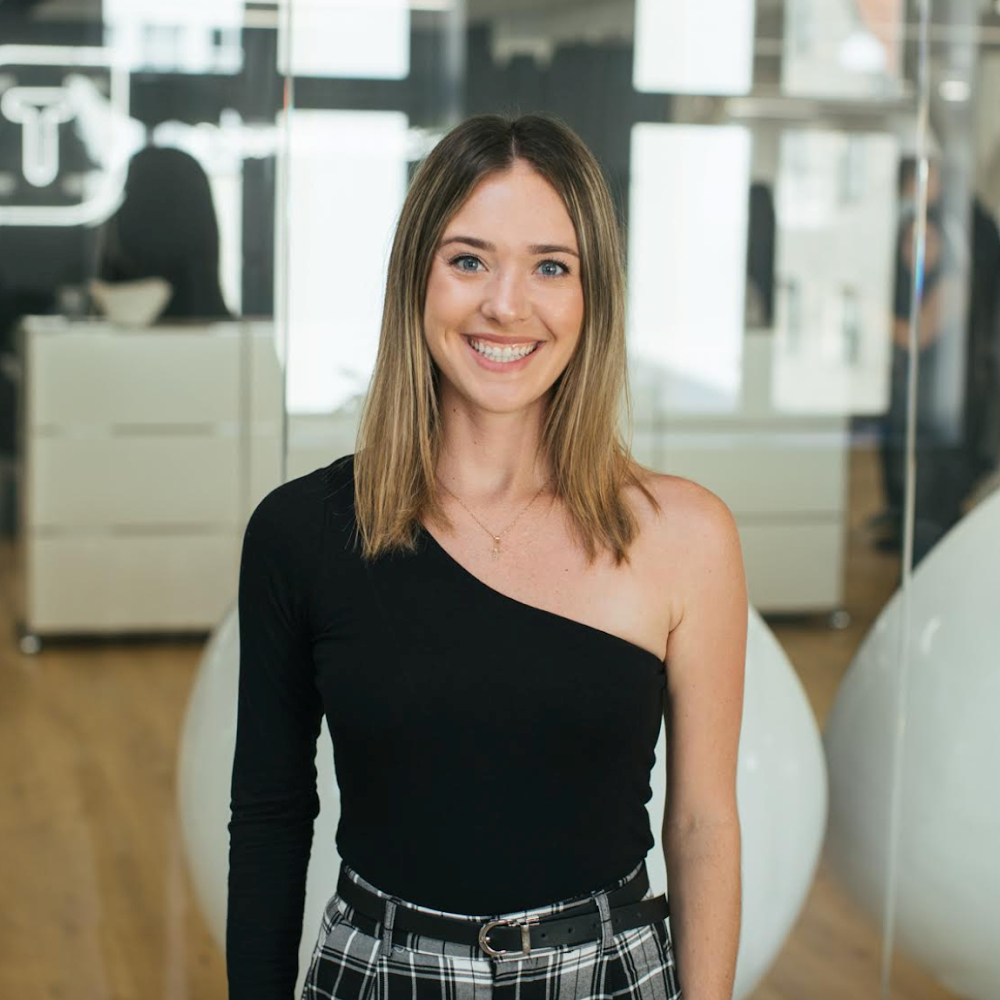 Bridget McCarter joined the team in February 2019 as a Business Development Representative. In less than a year, the Criminology graduate progressed to Senior Business Development Rep, then straight through to Account Development Representative, working her magic on our strategic accounts. So how did someone who had originally had their sights set on the FBI come to be one of our secret weapons at Templafy? “Although my progression at Templafy has happened pretty fast, tech sales wasn’t always my end goal. I studied Criminology with the plan to join the military, and had been working out with the Reserve Officers’ Training Corps for about a year when I applied for the Air Force. I was disqualified for having asthma but still carried on at college hoping to take up a position in the military or FBI in some form.

But then an opportunity came up to work for a tech company in New York, which completely changed my course. I’m originally from New Jersey and went to college in West Virginia, so I always knew I wanted to live in the city at some point. There’s just nowhere like it and clearly everything happens for a reason because it turned out I enjoy tech sales, and I’m actually pretty good at it.

After a few months of working in the industry, I came across Templafy. I think aside from being able to carry on my career at a fast-growing New York start-up, what I found super exciting was the fact that Templafy is a Danish born company that operates with an international work culture. For instance, take its flat hierarchy, which is typically Danish. Everyone treats you equally, so while we’re scaling really fast, you’re always supported and encouraged to progress in your career as the company grows. Clearly it works because when I started here, there were around 15 people in the office and within the next two years we’re looking to grow much more.

The NY office is a great place to be knowing you can grow and build your career. With the company being the size it is, you are able to make special, unique relationships with everyone in the team. We all look out for each other and help one another to get to where we need to be, which I’m pretty passionate about. The first Friday of every month we also have a Friday bar, where our friends and the entire office are invited to gather, celebrate our wins and get to know each other, which is another Danish work tradition everyone obviously enjoys.

Having a HQ in Copenhagen and a few other offices globally is another inspiring prospect – being able to develop your career in the US, but knowing you also have global career and travel possibilities. Recently, we were all flown over to Copenhagen for our summer party to meet everyone from all of the four offices. It was an amazing experience getting to know everyone, and in typical Danish fashion, everyone was treated equally and genuinely wanted to know you personally and your passions. It’s been great being part of a company where you have the opportunity to speak with anyone, no matter what position they hold and feel supported.” 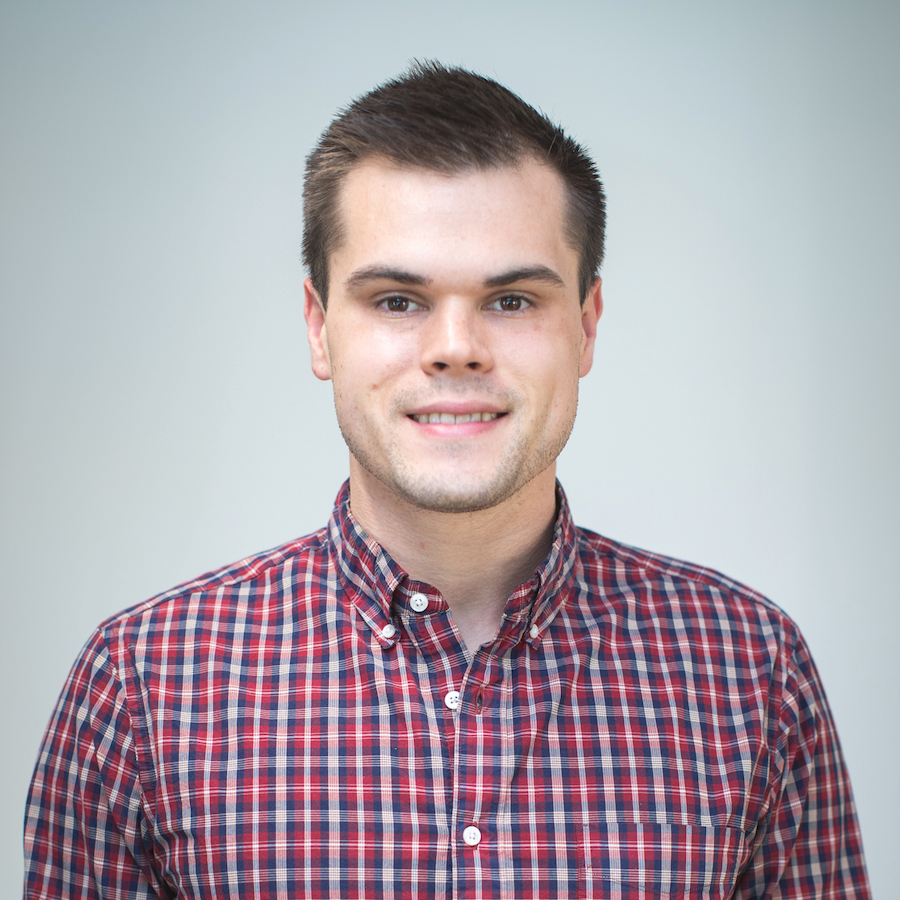 With a SaaS background and having recently completed a coding bootcamp, Technical Pre-Sales Consultant Ryan Davenport has spent the past five months as the ultimate sidekick for Templafy’s sales team, helping businesses delve deeper into our solution and making sure the platform fits seamlessly into a client’s infrastructure.“

My initial introduction to Templafy was through Martin Binau, who I’d worked with previously at a recruitment software firm. He contacted me to let me know there was this new role at Templafy for someone who would bridge the tech gap between the sales team and their clients.

Although the idea of the new role and the job spec appealed to me, what really got me interested was the product itself. It’s so logical and can make such a difference to an everyday employee’s workflow that someone would have to actively try to avoid using it for it not to be a smashing success. Everyday I see new clients having the same amazed reaction I had to my initial demo. That’s a big thing, witnessing the moment people realise our product is so transformative and adopting it is a no brainer.

Working for a place that’s growing so quickly is also really exciting. Of course, you can run into practical issues here and there but the benefits hugely outweigh any cons. Because there’s so much to do, you can pursue anything that’s up in the air and there’s this sense that you’re getting to choose your own adventure and carve out your career path. No one holds you back if you want to take on new responsibilities or suggest trying something new.

Then there’s this buzz and excitement about the place that’s really something to behold. You get this uplifting feeling that we’re all contributing to the success of the business. That creates a strong company culture where everyone wants to work hard, win and make sure that we’re doing the best we can to experience more and more success.

Being a global company, I’m always being exposed to new perspectives and vantage points about how certain things are done from our other offices, which is really cool. We’re essentially creating a ‘best of’ in terms of our culture and business practices that, due to Templafy’s flat structure, is really effective and not something you get in many other companies.

We’re always looking for talented people to join our Templafy so if you’re interested in being part of the next chapter in our story, visit our careers page to see our latest opportunities.

The Templafy team is back in the office after three fast-paced days in scenic Carlsbad, California, for ANA Brand Masters 2022.

Growing your career with Templafy – tips for succeeding at interview

Scaling up our business is one of Templafy’s top priorities. In 2021 our in-house global team of recruiters reviewed more than ten thousand CVs, sent out over nine thousand InMails, and conducted over 3,200 screening calls. That’s quite a lot of information to process!

Why your content infrastructure poses the greatest risk to your brand

Content is central to a brand’s identity. The visual and written representation of any organization is the bedrock a business is built on, and in the digital HQ where everything is content, brand can make or break success.