Within the broad category of “knowledge work,” what is it that we actually create?

Whether you’re a developer, designer, accountant, lawyer, or consultant, the work you do is defined by your ability to solve unique problems and share your solutions with clients and colleagues.

More often than not, that takes the form of documentation. Reports, presentations, proposals, articles — these are the artifacts produced by knowledge work. But what happens when it takes more time to create those documents than it does to produce the work in the first place?

Automation and AI have been knocking at the door for years now, but with flashy new technology like ChatGPT and Notion AI, the question remains: are these tools here to support the way we work today, or are they the beginning of a workplace transformation?

The next Industrial Revolution

Today, more than half of all knowledge workers express frustration about the document creation process. Tracking down the right components — templates, graphics, logos, legal disclaimers, and more — and compiling them into a document that adheres to brand standards and legal compliance often ends up wasting valuable time.

There is plenty of room for improvement: while 74% of workers agree that good content is the number one driver of business success, 94% say they still see errors in content even after it has already been reviewed and approved.

However, unlike the specialized work people are hired to do, document creation is often rule-based and repetitive, making it ideal for automation.

Two hundred years ago, the Industrial Revolution transformed the way people worked. Manual, repetitive tasks were automated, and people were provided with the opportunity to use their heads instead of their hands.

Today, we’re on the precipice of the next era of workplace evolution — and documents are the key.

Ask the experts: the power of document automation

We hosted a panel discussion to explore how business leaders are working with and thinking about document automation, its effect on attracting and retaining skilled workers, how document generation influences their bottom line, and what they predict will happen in the future.

We were lucky enough to welcome Caroline Buckingham, Senior Vice President at Korn Ferry — a leading global organizational consulting firm specializing in organizational structures, including recruitment and retention — and Paul Vetrone, Director of Innovation and Change at BDO — one of the largest public accounting and advisory firms in the world.

Below is an excerpt of that discussion, which has been edited and condensed for clarity.

How did you decide where to start with document automation?

We prioritized the candidate and progress report — a weekly report delivered to our clients — which needed to be addressed immediately because there were a thousand different versions. They’re the most impactful documents, so that was a natural top priority.

With automation, our candidate report takes minutes to produce. Not hours, minutes. It has been a total game changer. 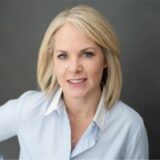 The automation of documentation was critical because we do this report thousands of times per day. We did an internal study and found that each report would take between 8 and 17 hours to produce. None of our systems would talk to each other, everything was manual.

Now, with automation, that report takes minutes to produce. Not hours, minutes. There’s still some manual intervention, of course, but this has been a total game changer.

For us, we started with anything that would have the highest impact.

We began working to optimize our engagement letters, which are essentially contracts for our clients. It was a perfect opportunity for us because there are a lot of conditions — is it a public company a private company, etc. — so we felt it was well suited for automation. And ultimately, we were able to eliminate some of the manual work we needed to do in those documents while having a higher impact.

How has introducing automation impacted recruitment and retention?

People didn't go to school to produce the best document possible. I didn’t go to school and do all that work just to make sure the spelling in documents is correct. So if we can take that piece out of it, that will really help tremendously with the staff experience, both in recruiting top talent and keeping our best employees here.

We deal with a very competitive hiring market, so creating that ideal employee experience is immensely critical.

We deal with a very competitive hiring market, so creating that ideal employee experience is immensely critical. People bring their experiences from the other places they’ve worked, and they’re inevitably going to compare it to what we’re doing, so we see that technology and automation play a big part in our employee experience.

It's a massive topic. We have actually lost a lot of great candidates in the past because we didn't have automation. If I think of administrators, executive assistants, senior recruiters — they were coming in from our competitors — and they got here and went, “Really? Are these the systems that we're now working on?” So yes, not having the right tech stack with document automation can definitely have an impact on the employee experience.

What does the future of document automation look like?

I would really want to see in one or two years all our documents fully automated, full [employee] adoption, and the business seeing real productivity gains. In that time I’d also like to integrate our business development systems into the automation process, so that the data we generate is automatically added to new documents. Ultimately, I would want to see practical automation become an integrated part of our culture — that to me would be nirvana.

I hope within the next five years that we start to get our systems talking a little bit more harmoniously together with practical automation. Right now we’re using Templafy based on rules-based conditions: if a client has this, then you click this box. In the future, I would expect to see us leveraging that information from multiple different systems so that most of that document is substantially complete by the time the user even looks at it.

So again, automating that mundane work and integrating our systems, so knowledge workers can actually focus on the skills that they’ve studied for. If we can hit that in three years or even five years, I think that would be massively powerful.

Looking ahead: the implications of document automation

The Industrial Revolution had a massive impact not only on manufacturing but on work and private life. Average income correlated with a rise in the general standard of living in the western world, leading to massive population growth.

Now, practical automation has the potential to have a similar influence on knowledge work. So what are the long-term implications of automation in business content and document generation?

We’ll give the final words to Templafy Co-founder, Christian Lund:

“I think in ten years producing documents manually is not something you’ll do anymore. If you created one from scratch, it would be almost cozy. You’d want to sit down and read it with a nice cup of tea — you know, it’s homemade. But it’s over, you don’t see the document creation process anymore.

Automation is just going to accelerate. The result will be that knowledge workers will have so much more time to focus on the work that matters. Today we have the brain work — creative thinking and problem solving — and the document work. In the future, the document work will die.

It’s not that the documents will die — they will definitely still be here. It’s just that you won’t need to do the work. Automation will do it for you.”

3 ways marketing and sales can unite to drive growth

The world of B2B commerce is more complex than ever before. With multiple stakeholders, more competition and shrinking corporate budgets, the modern-day enterprise sales process has become increasingly challenging.

Companies today have a content problem. Document management and document governance tools can help co organize the mounting piles of digital information – but what do these tools really do?